On Saturday, October 13, 2018 at 3:11 pm, the Chestertown Volunteer Fire Company, along with mutual aid companies, was dispatched for a serious structure fire at Creafill Fibers, 10200 Worton Road. Creafill Fibers recycles paper into a fine, powdery medium for reuse by various industries. When the cover was removed from a processing unit, It is believed a "dust explosion" occurred, caused by the fine, powdery paper bursting into flame. The resultant fire spread through the machine and activated the building's fire suppression / sprinkler system. The action of the fire sprinkler contained the fire, keeping it from involving the building's structure.

At the time of this incident, we had two (2) standby crews providing coverage at our station. The Easton Volunteer Fire Department (Talbot County) provided a Tower Ladder and crew and the Grasonville Volunteer Fire Company (Queen Annes County) provided an Engine and crew. One of our members got married this day. Many of our key personnel were unavailable as they helped the couple celebrate. By requesting stand by crews from other fire companies, the level of protection our community has come to expect can be maintained while our personnel are unavailable. Because we had standby crews immediately available, they were able to respond immediately. This sort of mutual aid assistance is common place in the fire service. Most fire companies have both received coverage from other companies and also provided coverage to other fire companies. It should be noted a handful of Chestertown VFC members did respond and were able to bring several pieces of equipment to the incident.

Easton VFD & Grasonville VFC were the first to arrive. They were greeted with a moderate to heavy smoke condition emanating from the fire building, with little fire immediately visible. As previously mentioned, the building's fire suppression / sprinkler system was activated. Crews, supported by arriving Chestertown VFC personnel and other mutual aid companies, soon identified the source of the fire. Informed by plant maintenance personnel water applied to the internal machinery would cause damage, firefighters employed multiple dry-chemical fire extinguishers to control the remaining fire. With a building filled with smoke, efforts turned to smoke evacuation. Because of the large, open nature of the structure, the process proved both challenging and time-consuming. Multiple positive-pressure fans were brought into action, which eventually proved successful.

There was one injury as a result of this fire. A civilian employee of Creafill Fibers sustained minor injuries. This individual was treated at the scene and subsequently transferred by ambulance to University of Maryland Shore Medical Center at Chestertown for evaluation and treatment. The patient was treated and released from the hospital. There were no injuries to firefighters / emergency personnel.

With our standby crews commited to this fire , the Goodwill Fire Company (Centreville, Maryland) and the Citizens' Hose Company No. 1 Inc. of Smyrna, Delaware both provided fill-in equipment and crews to maintain protection coverage for our community. Many thanks to Goodwill and Citizens. Providing cover-up protection is mundane duty, but vitally important.

This fire was declared under control at 5:20 pm. Crews operated on this incident for just over three (3) hours.

The Chestertown VFC expresses our deepest appreciation to the Easton VFD and the Grasonville VFC for providing standby crews and equipment this day, and for helping at this fire. This incident demonstrates close cooperation and teamwork among fire companies, and is a model for all to emulate. Thanks Again!

All photographs by members of the Chestertown VFC and are available for media distribution. 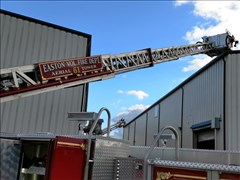 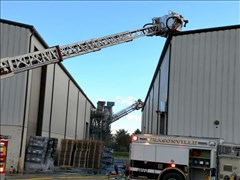 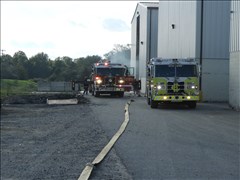 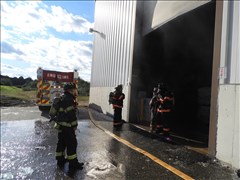 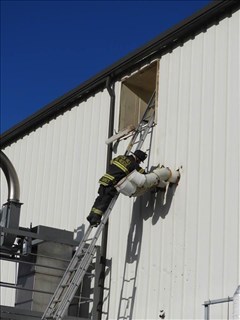 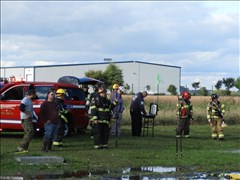 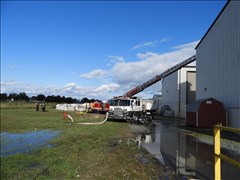 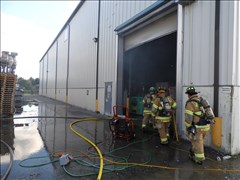 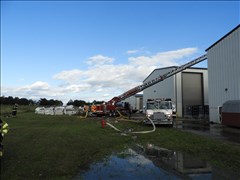 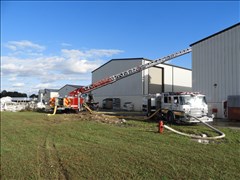 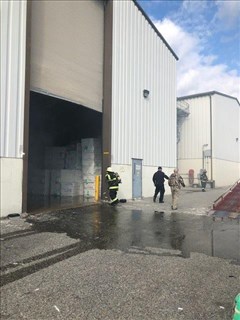 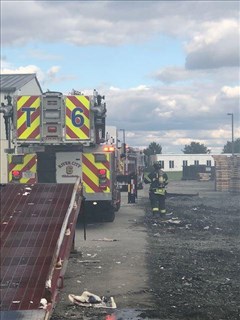 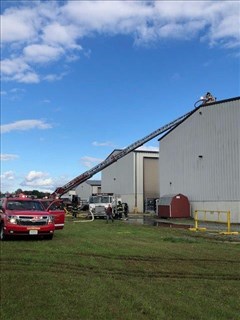 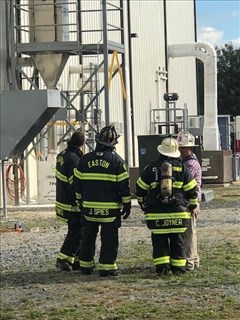 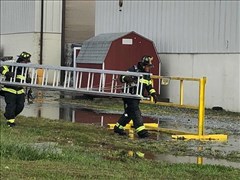 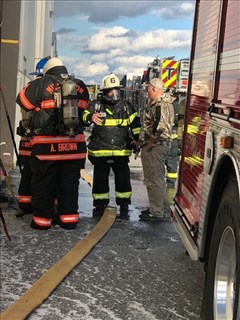 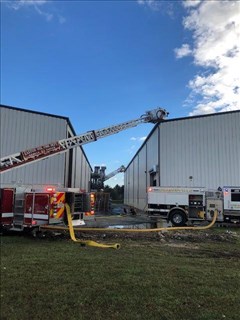