On Friday, May 15, members of the Chestertown VFC took Engine 6 to the Chestertown Marina to perform in-service training for draft and pump operations. Drafting is the process where water is drawn from a static source such as the river, bay, creek, stream, even a swimming pool. It's most often used now at large fires in areas away from municipal hydrants. We carry large, collapsible drafting basins that can be quickly set-up. One or more engines can establish a draft in one or more of these basins to supply firefighting operations. At the same time, by employing a Tanker Task Force, a system of water shuttles is set up.

Another engine is sent to a municipal hydrant or draft location as a source of water. Once a tanker is filled, water is carried to the portable basin(s). Most modern tankers are equipped with a remotely operated dump valve. When the tanker drives up to the draft basin and is in position, the dump switch is hit. The dump valve opens and the tanker empties into the draft basin. The driver never gets out of the cab. Our tanker can drop 4000 gallons of water in about 3 - 4 minutes.

Maintaining proficiency with drafting operations is critical. It must be accomplished quickly, efficiently and effectively. Pump Operators should occasionally go out and practice establishing a draft so their skills remain fresh and current. This was the intent of this drill.

In recent memory, the last major fire in Chestertown that required a drafting operation is believed to be when McCrory's burned on High Street. That building stood on the footprint where the Alexander Building (Dunkin' Donuts) is now. That fire was in the late summer of 1992. The "fire flow" (total gallons per minute needed to support firefighting operations) was greater then what the Chestertown Municipal Water System could handle. As a result, two drafting operations were established, with both being accomplished by engines from the Dover (Delaware) Bureau of Fire. One draft operation was established at the town dock, Foot of High Street... with the supply hose laid up High Street. The second draft operation was established at the Foot of Cannon Street, near the Chestertown Marina, where we practiced on Friday. The supply hose from this operation proceeded directly up Cannon Street to the fire scene.

As you go through the attached photographs, the captions explain what is being shown. 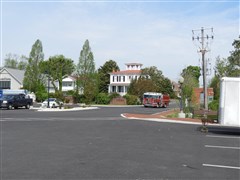 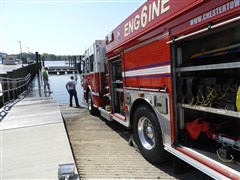 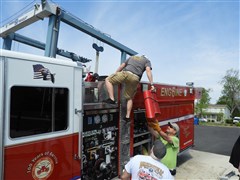 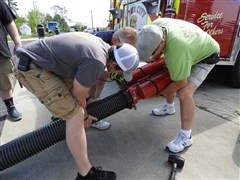 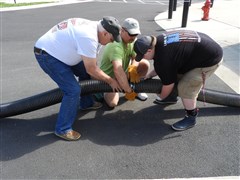 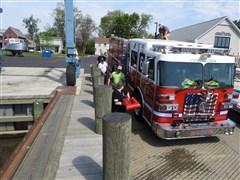 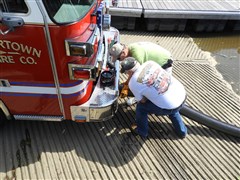 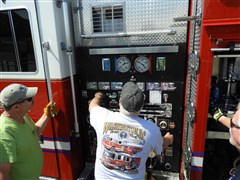 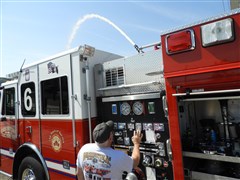 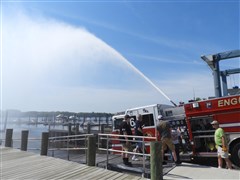 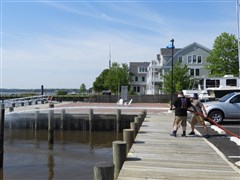 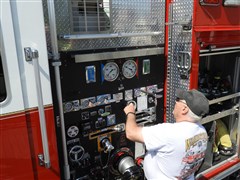 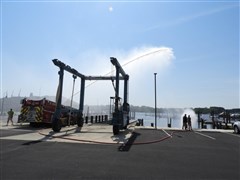 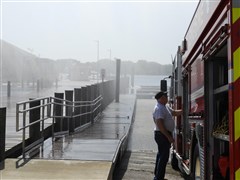 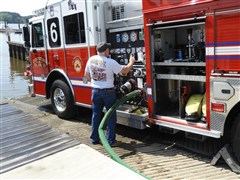 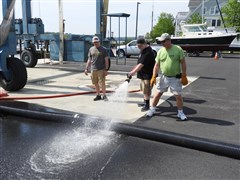 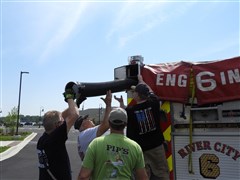