At 7:49 pm on Monday, August 9, 2021, the Chestertown Volunteer Fire Company, along with multiple mutual aid companies, was dispatched for a fuel spill in Worton Creek, immediately adjacent to Worton Creek Marina, at the end of Buck Neck Road. This is in the western part of the county, on the shore of the Chesapeake Bay. As this was our regular drill night, we responded in short order.

Upon arrival, our personnel observed a thin sheen of petroleum on the water near several commercial crab boats tied up at the Public Landing, adjacent to the marina. As this was a spill in a waterway, county marine units were also dispatched. As there is no ground-level boat launch at Worton Creek Marina, marine units responded to Green Point Marina, about ½ - mile north, to launch.

As these marine units (trailered boats) arrived, they put-in and proceeded to help assess the extent of the spill, and also help investigate the source. Initially, marine units stood off and did not approach the spill, so they wouldn’t disturb the spill by agitating the water. Ground personnel, on foot, were surveying the immediate shoreline, to see if a source could be located. Once that survey was complete, with results inconclusive, marine units cautiously moved in to assess the size of the spill. They determined the sheen extended for about 100 yards along the shore but did not extend too far out towards the channel.

After consultation with the Maryland Department of the Environment (MDE), it was determined the best course of action was to deploy a “petroleum sweep”. This is a long & continuous, absorbent pad that floats on the water. It has the effect of containing the spill, while slowly absorbing it. Using “sweeps” obtained from the MDE trailer spotted at Rock Hall VFC & Kennedyville VFC, the marine units deployed them around the spill. Once this task was completed, companies began to go in service.

It was left to the Maryland Department of the Environment to follow-up the following morning, completing the investigation as to the source.

Companies dispatched to, and responded: 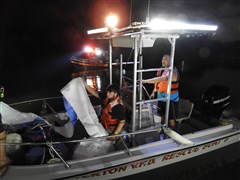 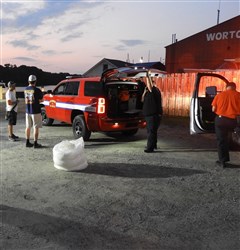 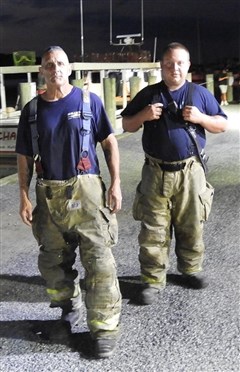 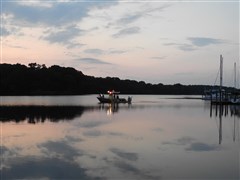 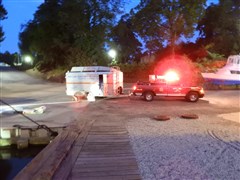 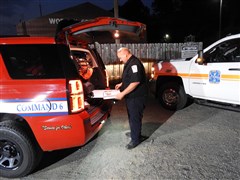 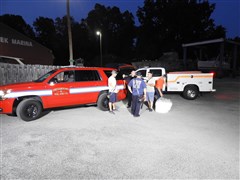 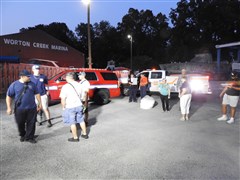 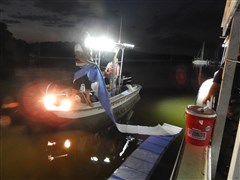 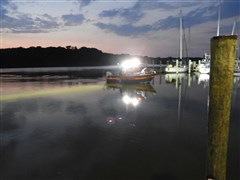