On April 9, 2019 at 5:03 p.m. the Chestertown Volunteer Fire Company along with mutual aid companies were dispatched for a multi dwelling fire at 210 Maple Ave.  If you are not aware, this address is directly across the street from our station. The caller advised that there was a possible fire in the building and smoke was everywhere.

Shortly after being dispatched, Asst. Chief Eason arrived POV and assumed command and reported a working fire to the rear of the structure. The structure housed two apartments, one in the basement and one on the second floor.  The first floor was rented office space which was closed for the day.  Both residential apartments were occupied at the time of the call and all of the occupants were able to safely evacuate the structure.

Command advised the first engine to connect to the hydrant, which is located at the corner of our property, and to lay into the Charlie side. The crew from the engine deployed 1 3/4" hand line to the rear door and found the door was dead bolted. The crew made easy work opening the door to be met with heavy smoke and heat. While investigating the interior it was found that the fire had burned itself out prior to the entry team gaining access. The Maryland State Fire Marshall determined the cause of the fire to be a malfunction in the refrigerator. Crews from Tower 6,  QA Tower Ladder 5 and QA Rescue Engine 7 assisted with ventilation, ladder placement and overhaul. Both apartments were clear of fire, however, the basement apartment received water damage.

The call was held to one alarm with about 50 firefighters from Chestertown, Church Hill, Crumpton, Sudlersville, Kennedyville, Betterton, Rock Hall, Kent County EMS, and Kent & Queen Anne's Rescue Squad.  Crews were working for about 30 minutes prior to being placed under control.

Thank you to all for a job well done.

Thanks to all of the agencies that assisted with this job. 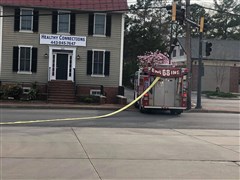 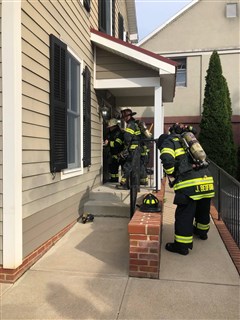 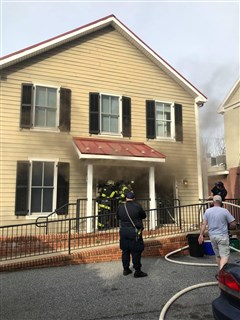 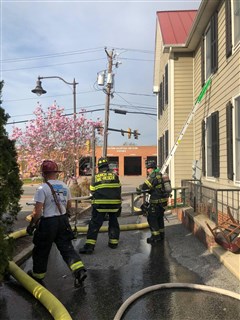 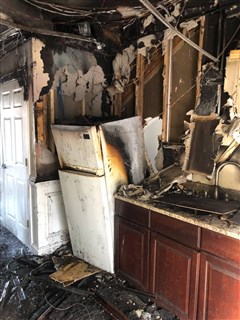 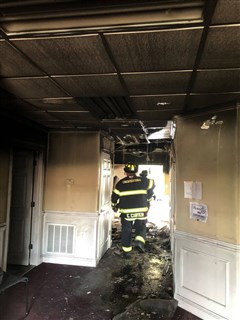 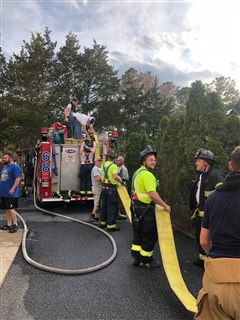 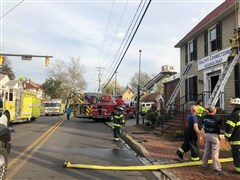 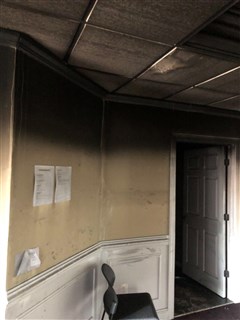